Student Mobility in Europe: What Can Ontario Learn from the Bologna Process? 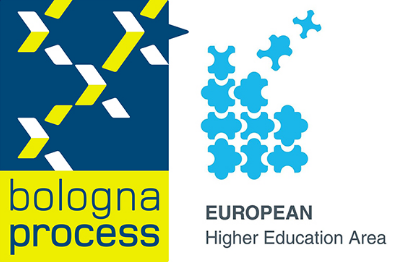 News Release
ONCAT works with postsecondary institutions to establish best practices that ease the burden of transfer administration on colleges and universities, promote ease of student mobility, and improve transfer student experience at all stages of the transfer journey. In this article, ONCAT’s Sarah Fuchs explores the Bologna Process, and higher education in Europe more generally, to provide both a contrast and helpful parallel to our provincial system, stressing that maintaining a transfer-receptive education system requires ongoing collaboration, monitoring, and a willingness to look beyond our borders.

As Ontario — and ONCAT — work to advance credit transfer and student mobility in the province, it is useful to look to other jurisdictions and learn about their approaches.

The recent history of higher education in Europe has been significantly shaped by the Bologna Process: a series of initiatives designed to address learner mobility across and into European systems by promoting the comparability of academic degrees. The Bologna Process enabled multiple jurisdictions (we are talking countries here!) to collaborate to support learner mobility. That’s no small feat, yet Ontario’s postsecondary education system operates within a single jurisdiction. Looking back at Bologna’s history and how it was implemented can provide both insights and inspiration for ONCAT, our partner institutions, and the province as we collaborate to improve the transfer student experience.

What Is the Bologna Process?

The Bologna Declaration (1999) between Ministers of Education in many European countries[1] aimed to support credential recognition (for both employment and study) through improved integration of higher education across Europe. Many more nations have since signed on to this agreement.[2] The “Bologna Process” is thus an overarching term for a wide range of international initiatives and agreements supporting the Bologna Declaration. The long-term goal of the Bologna Process has been the creation and subsequent refinement of a coherent European Higher Education Area (EHEA), which officially came into existence in 2010.

The EHEA is part of the Council of Europe, and includes European nations that are not part of the European Union, such as Iceland, Norway, Russia, and Serbia. The primary goal of establishing the EHEA has been to enable meaningful comparison between qualifications earned within different systems through “the implementation of the three-cycle degree structure, recognition of qualifications and quality assurance.”[3]

Prior to the Bologna Process, Europe featured dozens of distinct traditions in higher education, a comparable number of languages of instruction, and a wide range of degree structures, many of these particular to small nations. Consequently, the ‘portability,’ (i.e., the formal credential recognition by employers/PSIs) of degrees was a concern, given that many Europeans held credentials with which they could seek employment or further study in a limited range of countries only.

In a European context, ‘mobility’ generally refers to movement across national boundaries of one of the following:

Given this focus on movement between national boundaries rather than transfer, mobility is understood quite differently in Europe than it is in Ontario, as the choice to switch one’s course of study is not seen as the paradigmatic example. While 2+2/1+3 programs and “advanced standing” at universities for short-cycle graduates exist in Europe (in EWNI, for example), they are not the focus of EHEA initiatives as there are a considerable number of jurisdictions that lack short-cycle higher education.

Consequently, the principle aims of mobility are to 1) improve the quality of education by incorporating a wider range of experiences in the same period of study and 2) ensure that credentials and qualifications from other nations within the EHEA are recognized, so that students may consider a wider range of institutions for subsequent study and employers may consider applicants from across the EHEA. The Bologna Process Implementation Reports do not comment explicitly on the prevalence, ease, or desirability of international transfer. However, it is likely that the creation of the EHEA and its various initiatives have made such a thing more plausible.

As of 2005, the EHEA endorsed and began to adopt an overarching qualifications framework (QF-EHEA), with the intention that it guide national qualifications frameworks (NQF) developed by individual member jurisdictions. This divided qualifications earned in higher education into three classes, known as “cycles.” It lays out, in very general language, the competencies expected of a graduate from each cycle, as well as the length of study and workload expected. First-cycle qualifications are comparable to a Bachelor’s/Bachelor’s with Honours, second-cycle are comparable to Master’s degrees offered in North America, third-cycle qualifications are comparable to doctorates, and short-cycle are roughly analogous to Canada’s college programs. Interestingly, short-cycle qualifications do not exist in all EHEA countries. Some jurisdictions do not consider all vocational training to be “higher education,” and hence vocational programs do not always feature similar systems of credit allocation or employ other EHEA instruments. Among jurisdictions that do consider college-like programs to be a part of the higher education system, the majority offer some form of recognition of short-cycle credentials within relevant first-cycle programs, varying in nature and degree.

Every two to three years, the ministers responsible for higher education in each EHEA jurisdiction meet to discuss Bologna progress, make commitments, and set policy priorities. The outcomes of these meetings are released in a series of “Communiques,” the purpose of which is to identify areas in which progress has lagged and set intermediate-term priorities.

The most recent EHEA Ministerial conference took place November 16, 2020. The last implementation report was published in 2020.

The extent of reform needed for individual systems of higher education to establish National Qualifications Frameworks (NQFs) compatible with the QF-EHEA has varied. Some jurisdictions (such as Germany and Russia) lacked any commonly awarded credential equivalent to the first cycle before joining the EHEA. According to the 2018 Bologna Process Implementation Report, the development of fully QF-EHEA-compatible NQFs has proceeded at an inconsistent pace. Eight jurisdictions are still in the ‘planning’ stages, while nine are still re-designing study programs or at other stages of implementation (2018, p. 120). The extent to which NQF and QF-EHEA language is reflected in academic program design and in policy also varies. Currently, the proportion of first-cycle graduates who continue to the second cycle varies dramatically; there are concerns that this may be in part because first-cycle credentials recently introduced in some jurisdictions are not perceived by employers as “relevant to the labour market.” In Russia, for example, over three-quarters of first-cycle graduates continue their studies in second-cycle programs (European Commission, 2018, p. 100). The standard first academic credential was for many years the “Specialist Diploma,” approximately equivalent to a North American Master’s degree; this has perhaps led employers to perceive the (relatively unfamiliar) newer first-cycle credentials as incomplete.

The European mobility policies discussed here may prove to be relevant to Ontario with respect to equivalencies for a complete degree or diploma from different systems, or for a student between enrollment in programs at different levels of study. Elements of the Bologna Process could support credential recognition of degrees between Ontario’s colleges, universities, and Indigenous Institutes, thus increasing student mobility.

Perhaps one of the main takeaways from any consideration of the Bologna Process and its relevance to Ontario is that achieving and maintaining alignment requires ongoing collaboration and monitoring: it is a process. As such, it requires a willingness to ensure that as postsecondary sectors in Ontario evolve, they remain in step with each other. This ongoing collaboration is already well established in British Columbia through BCCAT’s disciplinary articulation committees, which meet annually to keep course equivalencies up to date. ONCAT is working with our member institutions to launch our own articulation committees in a similar commitment to process and collaboration.

As part of our broader efforts to enhance transfer pathways — and reduce barriers faced by transfer students — ONCAT staff routinely perform policy analysis and research. Often, this work includes scans of policies or other innovations in jurisdictions with differentially structured transfer systems. For more information on how we explore alternatives across multiple sectors, please contact the author of this article, Sarah Fuchs, Senior Policy Analyst, at sfuchs@oncat.ca.